After The Collapse is a post-apocalyptic base building game set in an urban environment.

After The Collapse is a 2D top-down base building game set in a post-apocalyptic world featuring urban environments. Your task will be to manage a band of survivors and protect them against raiders, mutants and environmental threats. To do so, you’ll have to build a base, research new technologies, and scavenge for resources. Thanks to its urban and semi-urban environments, After The Collapse has a strong focus on scavenging, repairing and reusing existing structures and technologies. You’ll have to send scouts to explore the wastelands and trade with other groups if you want your small colony to thrive.

After The Collapse sets itself apart from the other base builders with its mostly urban environments. ATC takes place soon after a nuclear war, the world in shambles, and survival will be a difficult task. 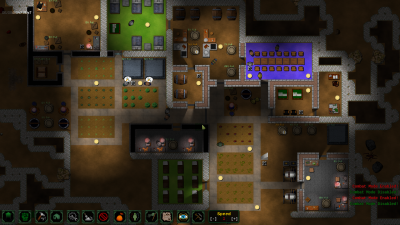 After the Collapse is a DRM-Free game with no hidden costs and, as with all our games, it will be actively developed and receive free content patches regularly. Your feedback is important to us, which is why we're releasing it in Early Access, so please pop in the community forums or the official website to be part of the community. 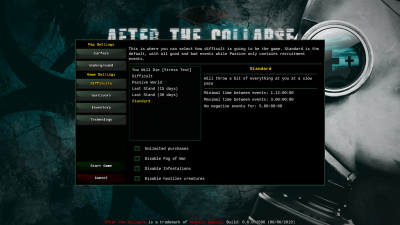 Customize your game by tweaking the map generation, selecting an event manager, and tweaking your starting group's equipment. 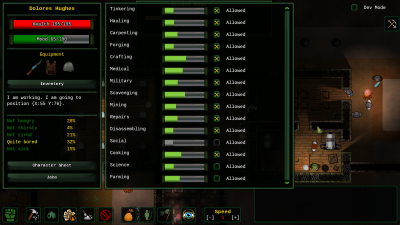 You'll have to supply your community with water and food, treat wounds and illnesses if you want them to stay alive and prosper. Mood is also handled, without proper accommodations, members of your community might become depressed and refuse to work. This is an area we'll be heavily developing during Early Access. 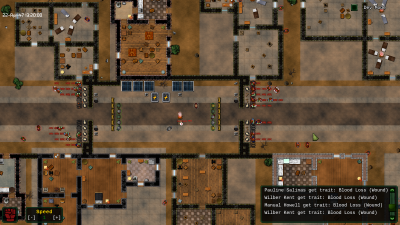 As your colony grows, you'll get get attacked by increasingly dangerous enemies. Between tribals, raiders, mutated animals and zombies, you'll have your hands full. Thankfully, with the proper tech, you'll also be able to build automated turrets around your base for defensive purposes. 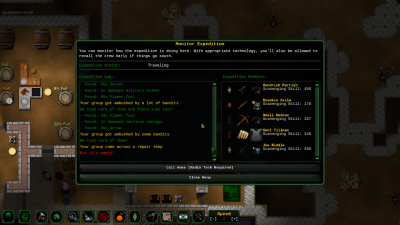 When trading is just not enough, you can send your more experienced survivors into dangerous, but rewarding, expeditions. The might come back with unique weapons, equipment and resources, or, well, die trying.