This menu is used to review, configure, and equip your ships. Select one (or many) of your ships and press the Scan [Q] key or the related button on the left panel to open it. To open your current ship's setup menu press [X]. 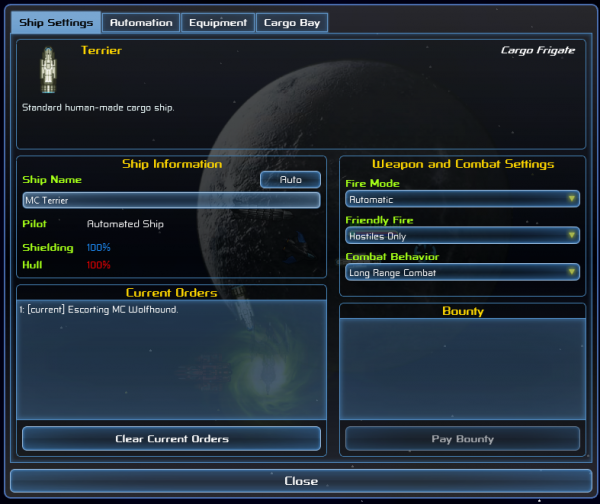 From this tab you can rename your ship, look at its settings and orders, pay its bounty if it has one and change its turret and friendly fire settings which are only relevant on your personal ship, automated ones will always use the most relevant one depending on the situation.

To avoid constant switching, especially if you’re playing as a pirate, if you have another ship or station targeted in the radar, your bullets will hit it even if it’s not hostile (yet).

You can also set its combat behavior. It will control how the ship is moving during combat: 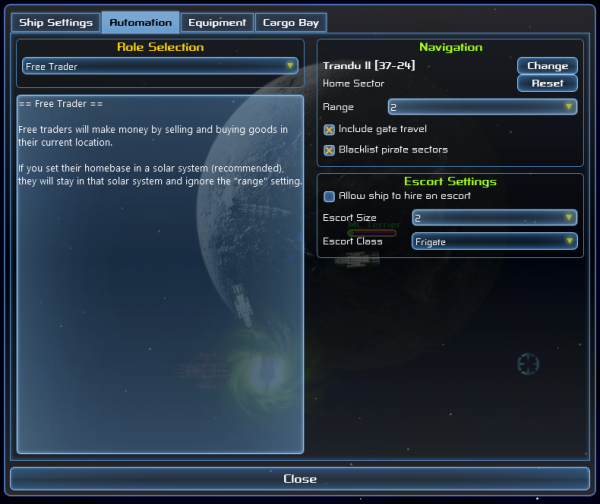 Here you can give the selected ship(s) a specific AI routine to execute. 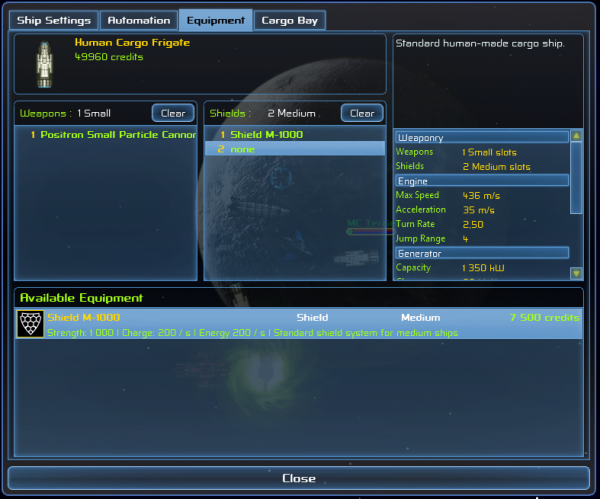 This tab works exactly like the shipyard menu. It allows you to install and remove weapons and shield systems. You can double click equipment pieces to install/remove them. It also displays the statistics for the ship and each piece of weaponry it has in the cargo bay. Select, then right click an item to see detailed statistics. 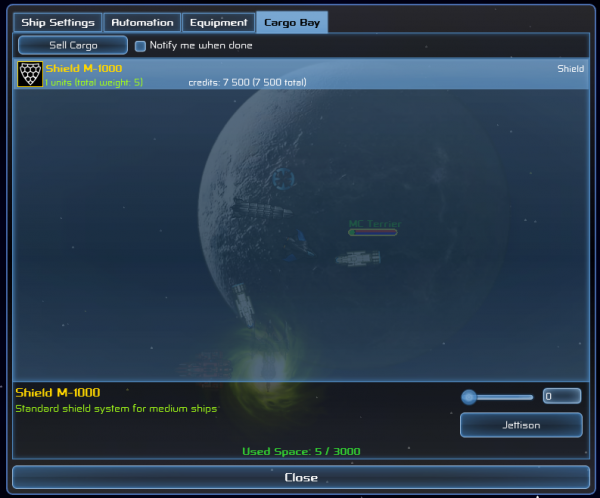 Displays everything that is the cargo bay with the appropriate details. You can jettison it using the button, it will be ejected in a loot drop that can be picked up by another ship. 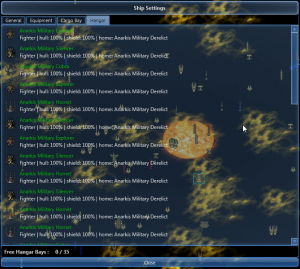 This tab is only displayed on carrier class ships. It shows all docked ships. You can right click a docked ship to open a popup menu that will allow you to undock the fighter or display its own setup menu.