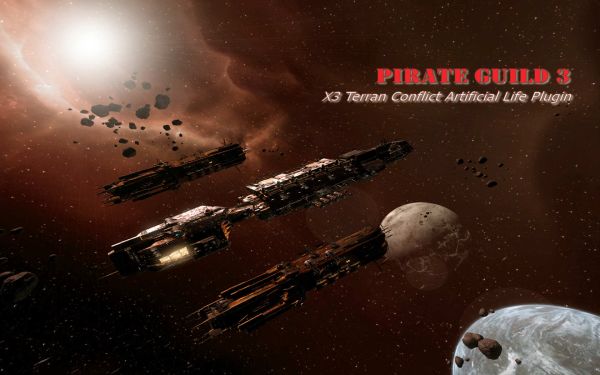 Pirate Guild is an AL plugin giving life to the Pirate Faction, unlocking several new ways to play the game and allowing the player to work with or against the Pirate Guild. It also features an efficient and dynamic faction AI which is able to respond against threats and launch raids against specific targets. Pirate Bases will now be able to take defensive actions, like buying laser towers and M6 to protect themselves, or offensive actions like the raid of transport ships, sector invasions, destruction of military assets, and much more. They are also able to target the faction who dealt the most damages to them. The plugin also features a custom communication system allowing the player to talk to PG ships and stations, a news system to keep you posted with the latest pirate related events and various dynamic missions.

If you have the Anarkis Defense System plugin installed, Pirate Guild will use it to (very) efficiently defend its pirate bases.

2) Included in the SuperBox package from Egosoft.